When We Walk Right By 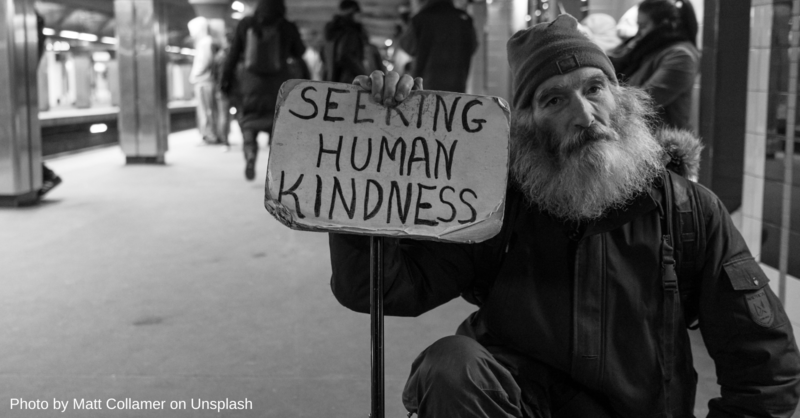 Loving God, we thank you for bringing us the rivers and streams of this world. May the rivers we know be an image of the streams that you want to flow within each of us.
May we believe that we could really be a small part of a reconstructed society where invisibility, fear, cynicism and judgement are taken away.
We long for vision.
May we open each new day to a new meaning, to a new hope, to a deeper desiring of love for one another.
Help us to preserve it, protect it and increase it. Amen (Richard Rohr)

I remember the solemn instructions I was given the first time I walked down a street on the Eastside of Vancouver- “Do not make eye contact with anyone.” I remember thinking why, how is that even possible, and that just doesn’t seem right.
As a nurse I was trained to use all my senses- sight, hearing, smell, taste and touch to evaluate a situation, that everyone was entitled to universal care and that you treat everyone as you would like to be treated.
As a follower of Jesus, I learned the same message. The instruction to not make eye contact with another person was disheartening.
The scripture reading this morning is a parable told by Jesus about a rich man and a poor man who lived in the same area, die at approximately the same time and end up living a very different afterlife.
At first, we think that the parable is about wealth, poverty, the proper allocation of resources, who does and doesn’t get into heaven, and the need for second, third or fourth warnings.
It is easy to get tripped up on these short term details of this parable… material richness, signs of poverty, procrastination of faith… details that can detach and distance us personally from our humanity, from our neighbour, from our having to look into the eyes of another, from our engaging in the art of conversation, from listening, from being present in our living lives today.

A story is told about two monks who lived in a remote monastery who became close friends over many years.
As the time of their respective deaths approached, they made a pact that whichever of them died first that he would send a message to the other as to what laid ahead on the other side.
They agreed on a signal; one knock on the wall would signify that everything was as they had imagined it to be, while two knocks would suggest that things departed from expectations.
The day came when one of the monks died. The other could hardly sleep, so excited was he by the prospect of communication from the beyond.
Eventually, the old monk heard a distant knock. “Ah,” he said with a smile on his face. But then followed a second knock. The smile slipped. And then, unexpectedly, a third knock, and then a fourth and a fifth… Eventually, the old monk cried out for the knocking to stop. “I’ve got the message,” he confessed. (Mike Riddell)

Parables require us to go deeper than the surface of a story. In parables, we need to not only learn a message but come out having been changed. After all, that’s the purpose of telling parables over stories.

So let us like Jonah journey into the belly of the whale and come out to a new transformation.
How many times have you walked by a person and there is no eye contact, no notice of you, no words of welcome or a simple hello. How many times have you done the same? Afraid that acknowledgement would require a response.

A homeless man was once asked, ”What should we do when a person on the street approaches us and asks for money?”
He said “you should do what you feel like doing. If you give money, know that it may be used for food or lodging, but just as well it may be used for something else.”
He said, “follow your gut as you make that decision.” Then he added “Say yes or say no but treat me like a person. I spend my whole day not being seen. Do not act like I am not there.”

What if the parable read today was actually about all of us living as though heaven is on earth, about living in the present, about living justly in the world. What if this was the struggle Jesus was pointing at. A struggle about what we are willing to see, a parable about vision.
They say that the eyes are the “window to the soul.”
It is our eyes with which we make and receive first impressions with. Eyes can help in the diagnosis of certain health conditions, show empathy, love and expression. Eyes can also show a lack of interest and disregard.
If our eyes are open but are closed to all that is around us how do we see, how do we perceive and how do we respond?

Jesus in this parable forces us to look into the eyes of people who are not as different from us as we would like to believe, and hear their stories and walk with them in their struggles, their joys, and see, really see, their pain, their radiant living in their eyes.

In this parable, Jesus calls us to confront the reality that every day we pass by people who are in desperate need- in obvious ways, and in less obvious ones and we simply walk by.

Jesus calls us to confront the reality that every day we walk over our environment and fail to respect the water, the air, the earth and the animals.

Jesus calls us to confront the reality that every day we walk away from healthy living- body, mind and spirit.

Jesus calls us to confront the reality that every day we close our eyes to war, fear, forgiveness, prejudices and racism.

In the Hebrew Scriptures the people, when they drifted to their own musings and ventured away from God, had prophets who would warn them of their wandering ways and try to bring them back to God. Prophets foretold future events. They were spokespersons. Prophets were not often well-received, they voiced words and prophases that the people didn’t want to hear and often did not heed.
Prophets were stoned, sent packing and persecuted. Many prophets did not want to be prophets, they certainly weren’t in the business of making friends, and the messages they relayed from God were messages that were often bleak, powerful and unnerving.
No one likes to hear messages of doom and gloom but often we need to hear how we are not living up to the ways that make us caregivers of each other and of this world.

David Suzuki commented at the climate strike last week how we as parents and grandparents have not done a good job in protecting our planet for future generations and that our kids now are having to step up to do the job we haven’t taken seriously.

Are we listening to those today who prophesize about the environment, our health, our fellow persons? Things that need dealing with today, not tomorrow. In this lifetime not the next. It is not easy to hear.
The challenge facing us is to be as concerned as Jesus about the least of these, our brothers and sisters, as the final analysis is that we all live together, rich and poor, lettered and unlettered, tutored or untutored.
Somehow we are tied in a single garment of destiny, caught in an inescapable network of mutuality and for some reason, I can never be what I ought to be until you ought to be, and you can never be what you ought to be until I am what I ought to be. This is our world.

Only by taking a moment in time where we actually are in presence with each other… do we see.

Ask anyone here who has made and served breakfast at Nicomekl Elementary School, packaged food and clothes for Langley Sources Food Bank or First United Church in downtown Vancouver, ate, sat and listened to a street person’s story, sang and prayed with seniors at a seniors residence or held the hand of one grieving, lonely or facing many life struggles as a Stephen Minister, walked in solidarity for climate awareness, equal rights.

Because once you do something like this, and many of you have, you cannot go back. You cross over a gulf, a chasm and see and understand human need differently from that point on. Your vision is altered and you see the world in all its richness and weaknesses and immense complexity, and you see the person in front of you as God sees them- as your brother or sister. (Chris Tuttle).

If we only learn those lessons… just think how the world would be a much more compassionate and awe-inspiring place… and God's vision of hope would be made visible in this… this very present day. May it be so… Amen 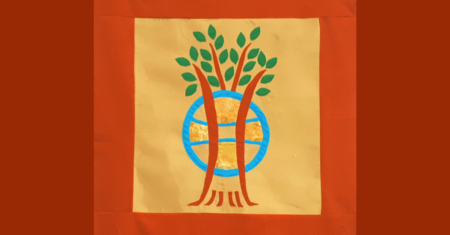 Not One; Not Two

When We Walk Right By